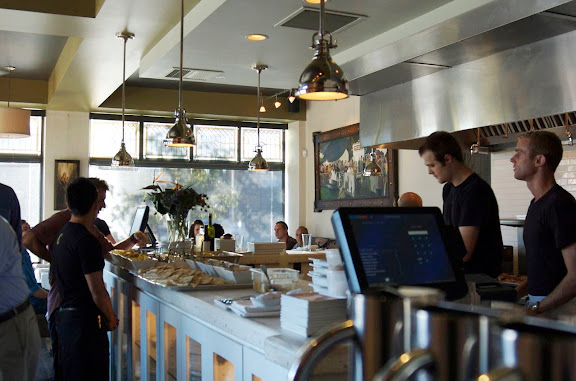 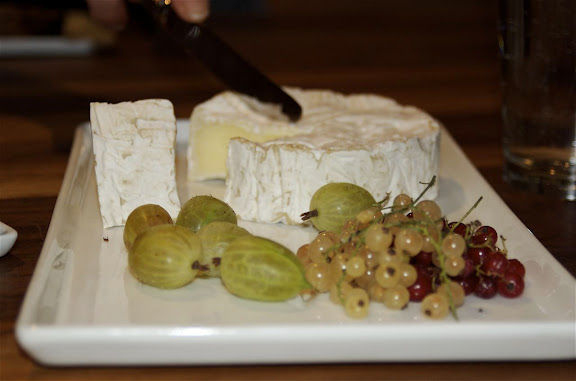 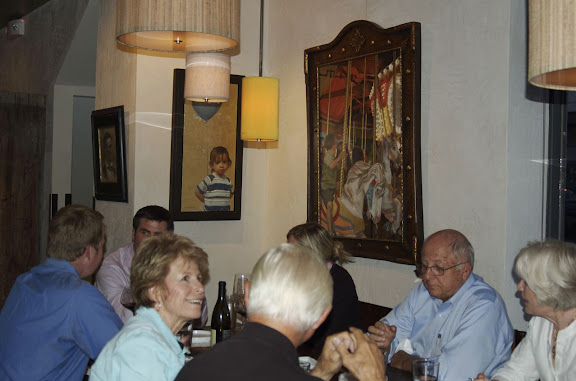 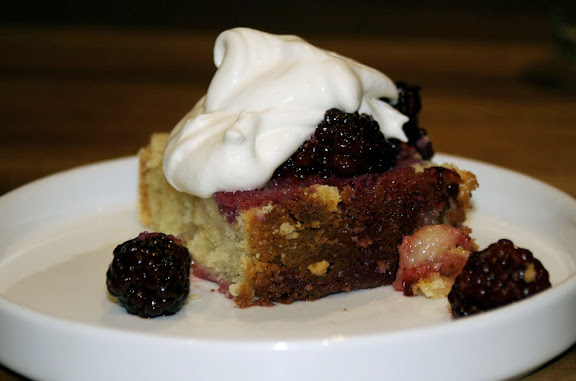 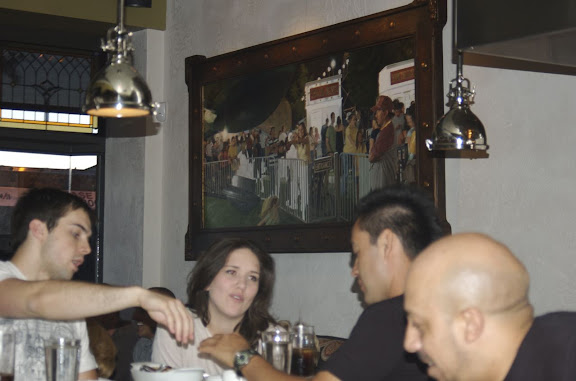 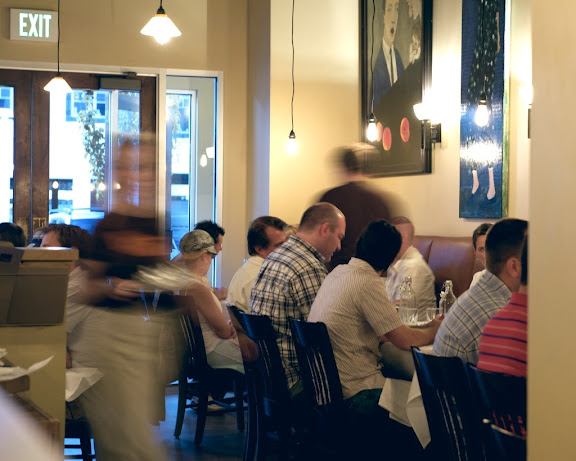 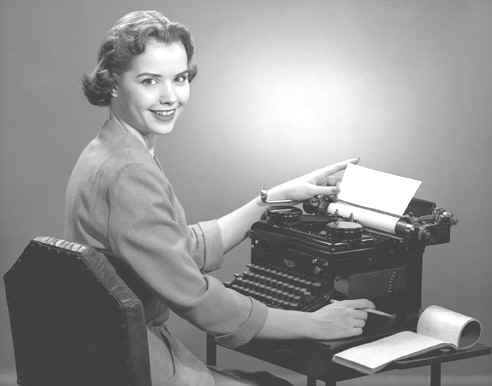 Hi everyone. My name is Sarah and I do the blogging for the restaurants. I’m planning on making some changes around here to get these blogs bigger and better. That’s where you come in. I would love to have some feedback on what you like or what you want to see or read on these blogs. Also I am looking for some helpers. People who would like to write for the blogs. If you are interested in joining my team email me at sarahmariecowan@gmail.com and we will talk. Thanks guys! 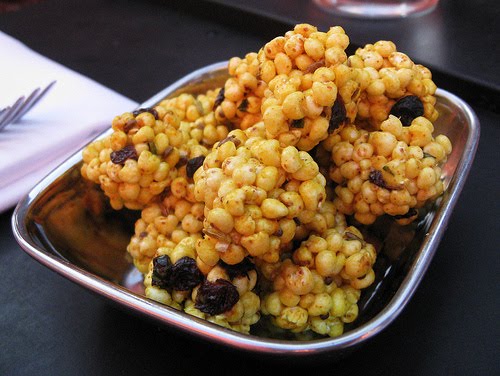 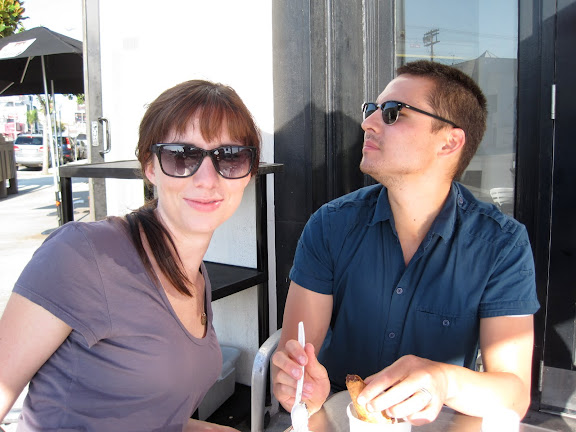 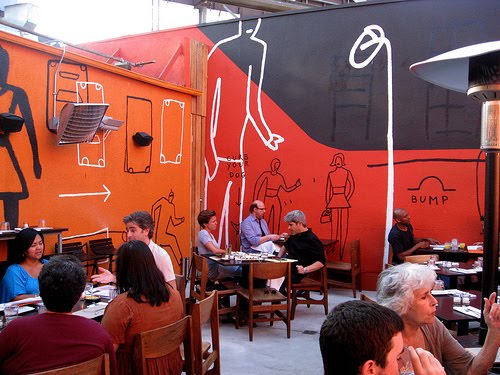 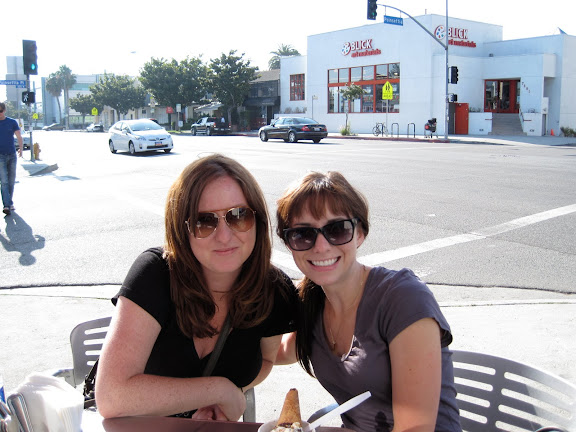 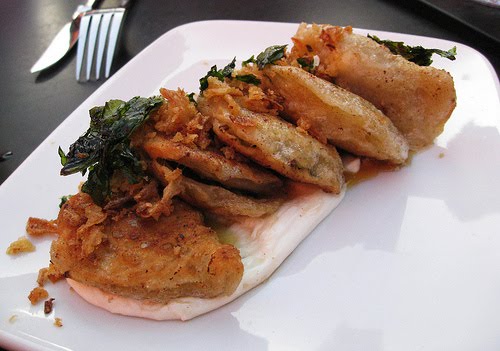 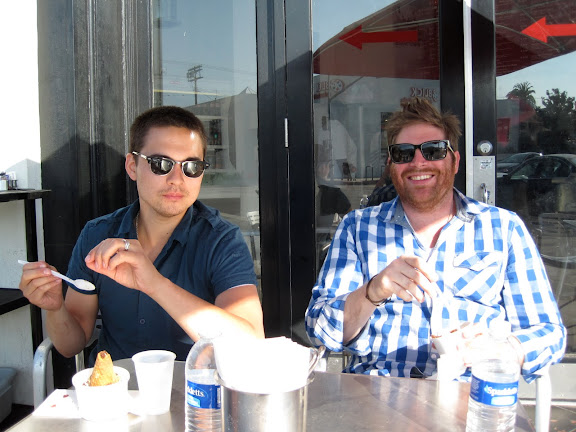 I used to hate L.A. In fact I didn’t much care for any of southern California. Perhaps it was one too many trips down there stuck with my family in a cramped relatives house in Anaheim, no offense Auntie. Whatever it was that has all changed now. I love that town. A lot. I love the scenery. I love the culture. I love the smell in the air. I love the ocean. I love the food.

The unexpected chance to eat at a couple of restaurants in L.A. arose when Sarah and i made better time driving down to California than expected. If you want to eat in L.A. just ask My wife’s sister Emily. She knows more little gems in that city than anybody i know.

We started with a mean bowl of Pho. The place doesn’t even have a name. No sign. Nothing to tell you that it is a restaurant. You walk in and there is a long row of tables running parallel to the kitchen, chair, and lights. Simple as can be. But the soup is the antithesis of the decor. Rich, complex, spicy, aromatic broth. Thin, ever so slightly toothsome rice noodles. Crunchy sprouts. Fragrant basil. A little kick from the samabal and chilies. Truly a beautiful soup.

Well with time to kill before our dinner reservation what else are you going to do but get dessert? Have you ever been to Milk? You should. Fabulous homemade ice cream, ice cream sandwiches, chocolate and nut covered “drumsticks”, chewy cookies of all sorts: dark molasses with icing, chocolate chocolate chip, oatmeal, etc. And oh yes we tried a bit of it all.

Although our dinner spot wasn’t my idea, i was more than excited to try it out. Street. Susan Feniger’s restaurant. Creating a menu based on street food from around the world. Dishes such as saag paneer, Brazilian black eye pea fritters, ma po tofu, chicken tatsutaage with yuzu kosho mayo, melon salad, corn with pork belly and Chinese 5 spice (a personal favorite, don’t be surprised if you see a rendition of this on our menus). The flavors were bold, and the execution of the dishes was great. Although we had to wait quite some time for our table despite having a reservation, the staff more than made up for it though apologies and complementary snack. We also had the pleasure of talking to Susan as she had just walked off the plane from Vietnam and in to her restaurant for a bite to eat with her friends. She is a bubbly woman who isn’t shy about talking to each guest in her restaurant.

We packed a lot into about 5 hours of eating plus sight seeing. I can’t get enough of that place. Can’t wait to go back.

Taste of the Valley. 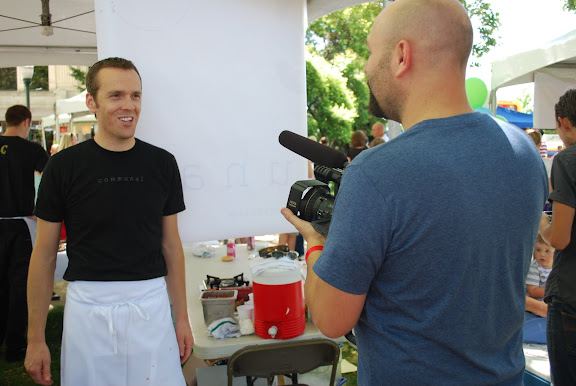 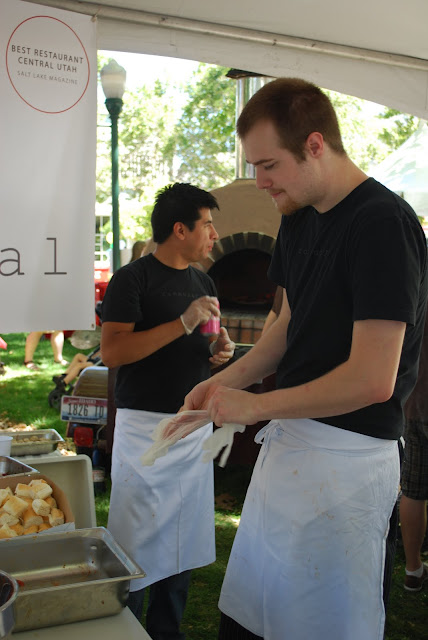 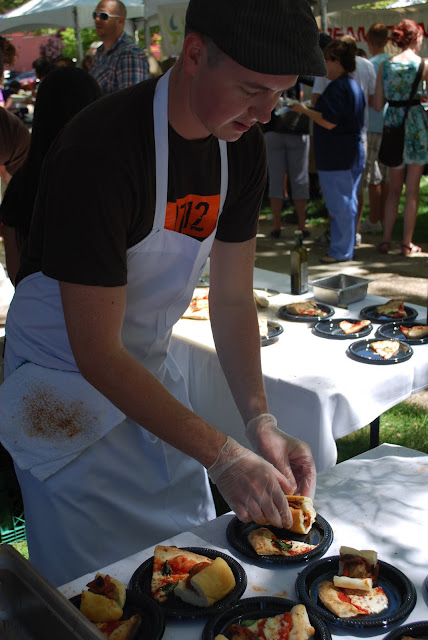 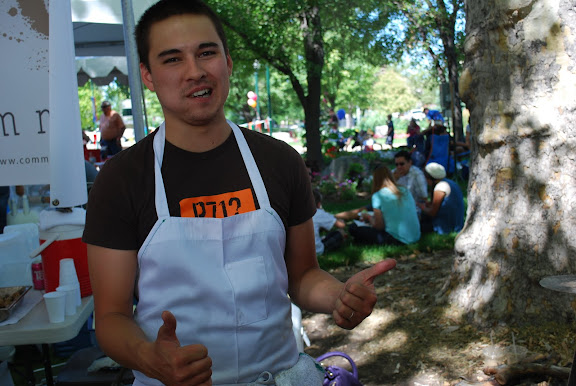 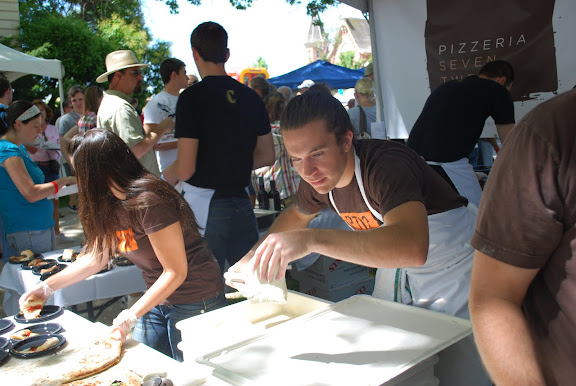 Communal recently had an excellent article in the Provo Orem Word entitled “Avante Garde Eats” by Peter Sproul. Click here to read it. 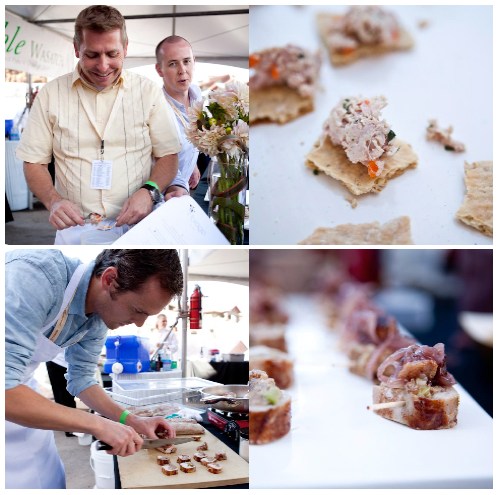 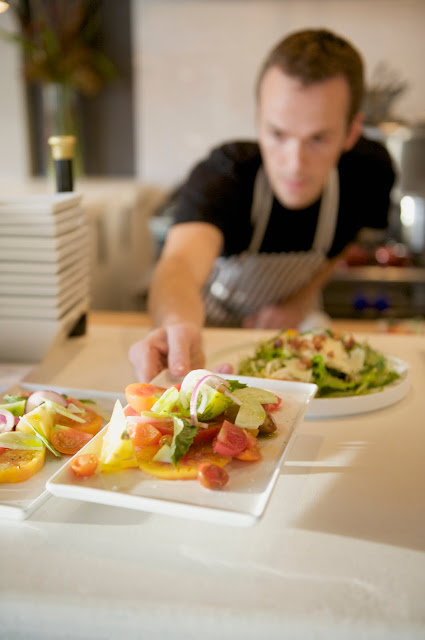 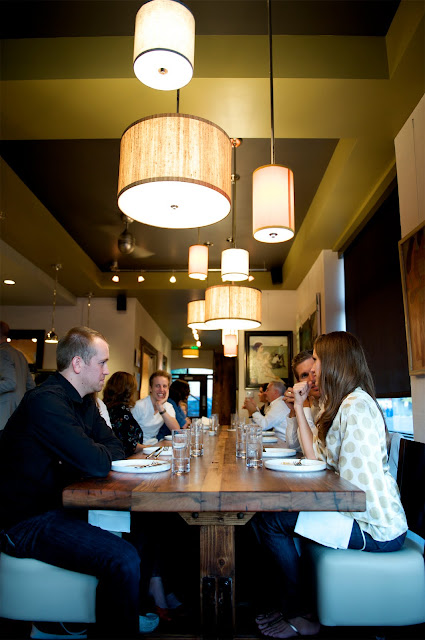 Viva Las Vegas with “The Boys”

Recently we went to Vegas to have some good food and good service. We sometimes do this so we can better your experience at our restaurants. It’s a hard job but someone’s got to do it. 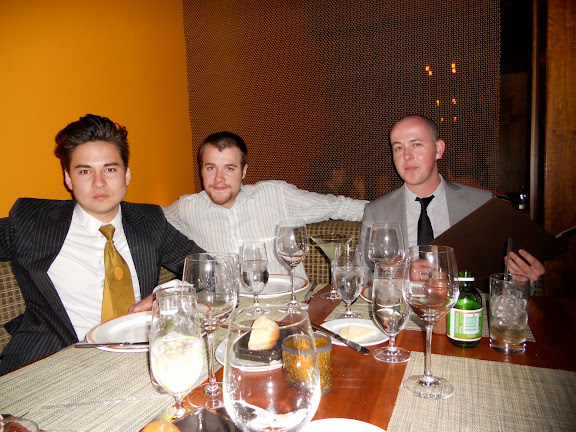 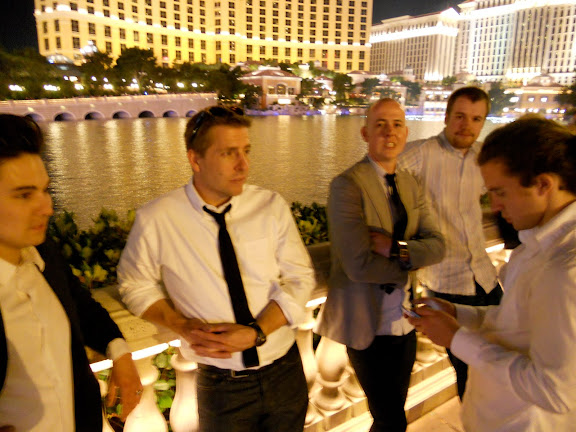 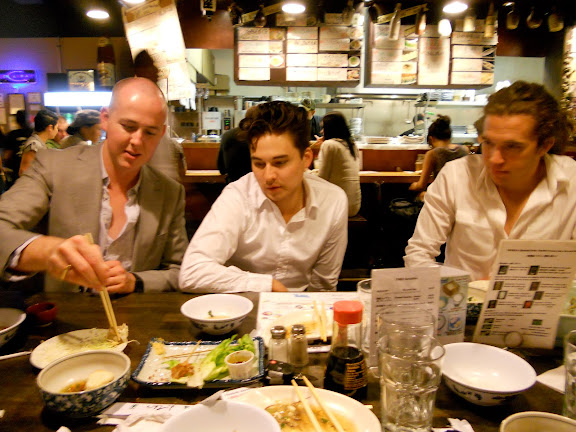 Here’s what the boys had to say about the trip.

Las Vegas. It’s an anomaly in the middle of the desert. Nothing really noteworthy for nearly 100 miles in any direction. Except for maybe the Hoover dam. And that’s not saying much. To the inexperience and untrained eye it is just a bunch of disposable buildings, buffet lines, and sleaze. But if you dig a little deeper, do your home work, and look in the corners of the higher end hotels and the strip mall off the the main Las Veges strip you can find some culinary gems. In fact, some of the greatest names in food have come to put their restaurants here. Mario Batali, Daniel Boulud, Thomas Keller, Tom Colicchio, just to name a few. The latter two are whose restaurants we ventured to. Bouchon for Sunday brunch where a mighty fine croque madam and frites were enjoyed on the patio over looking the swimming pool. Building up our apatite for the evenings meal we wondered the streets and casinos. Lost a few bucks at the machines and at the shops. Then on the CraftSteak. I think Taylor put it best when he said “it’s just standard steakhouse fair but done really really well.” And true it was. Done REALLY really well. I discovered bone marrow here. I have always heard of bone marrow and its unctuousness. Bourdain talks about how it would be his last meal. It was a revelation. I want to spread it on every thing i eat. In my mouth it’s the new foie gras.
So, as if this wasn’t enough for one day, later that evening we headed off strip and found ourselves in a little strip mall in the china town area on springmountain road. Here in the upper part of the building was a little gem of a Japanese joint known as Ichiza. Straight out of Japan. Just like any after hours pub/eatery you might find in the back streets of Osaka. Here we enjoyed fair such as ramen, praised pork belly in broth with an egg, agedashi tofu, sauted pork and mushrooms, etc. Too much to list.
We rolled back to our hotel.
That morning we started it all over again beginning with pastries from the Bouchon bakery. No trip to Vegas is complete without. For lunch we enjoyed the best little tacos al pastore you’ve ever head. A little place Taylor and i discovered while on a trip to Las Vegas a few months previous.
By this time Vegas is taking it’s toll on me.
Reluctantly we go and get some Chinese pork steam buns. By this time it’s just eating to eat. Diet coke to wash it down. “BBQ anyone?”. No. Vegas has chewed me up and spit me out. I’m going home.

While in Vegas we had great meals. The highlight for me came not from Bouchon, or Craftsteak, but rather Taqueria Los Parados. This small hole-in-the-wall shop has the best tacos I’ve EVER had. What makes this place so memorable is their honesty to their craft. Good (honest) food is a result from the perfect combination of ingredients, and the care given to those ingredients. These guys know tacos, so they make tacos. That’s it. That is all they need to do because that is what they know and care about. Period.

There are very few things that I’d rather do than devote an entire day to food and drink. It’s awesome to experience restaurants like Bouchon and Craftsteak. These are meals that you simply do not have on a daily basis. However, the true star of the trip was a small late night sake house called Ichiza. Easily the most enjoyable restaurant experience in my eyes. Sometimes a big bowl of ramen at 1:00 in the morning is all you need.

After hour’s in the car, sleepy tired and excited, we found our way to
Thomas Kellers restaurant Bouchon first of course. A beautiful warm restaurant
that brings you into a warm place, filled with love and hospitality from the first
second you walk in. This is a nice fresh breath of air considering how fake and
cheap Las Vegas feels. The food of course fantastic, I sat with the four of us at
the time Kawasaki, Taylor, Scott, and myself, the bosses have not arrived yet.
First the bread!!! Simply perfect baguette, Some home made cherry preserve and
butter. Our next courses were starting with me, steak benedic , done beautifully,
might I add I love the sides of sauces with everything. Kawasaki got the croque
madam, Which I have to say is the best representation of one I have seen, great
ham, great brioche, great cheese, how do you go wrong, then add a sunny side
up egg, and mornay, way to make something great and make it better. Scott got
waffles and chicken fairly strait up nothing special, although the pink peppercorn
butter was rather suprising. Taylor got the tuna melt, it was just what I would
expect once again rather strait up.
We started on a little death march through vegas tiring ourselves out and
prepping us for the crazy experience to come from craft steak, Tom Collicio’s
restaurant. As we get into toms restaurant im actually not that impressed, as
far as the décor goes, very large, very Las Vegas feeling to me. That was all
changed when the food arrived, seeming like every appitizer and salad on the
menu started hitting the table, all of it being perfect in every way, it truly was hard to find something wrong with each dish. Avacados, agnolotti, beets, morels and peas, so on and so on. The entrees even more surprising, what must have been
the biggest steaks I have seen, with giant bones full of roasted bone marrow,
with every side that could be ordered hit the table again, it truly was one of the
best meal of my life. Then came dessert to top that, the monkey bread is one of
the best sweets I have ever had I would say ranks 2 on best desserts ever in my
life.
Later that night after stumbing around from being tired and full, we
decided to eat at a late night joint called ichza’s, A Japanese grease bucket
hole in the wall, that I have to admit was awesome, with great food. The menu I
swear 400 items, and all of them being good, the crispy pork belly with a garlic,
sweat, and spicy glaze. Freaking ridiculous. The great thing about this place is
its packed until 4 in the morning, and you have to take off your shoes like the
old school joints in japan. Although I was very tired
and exhausted by the end of
all this, my night ended great and couldn’t wait for the day ahead.The next day
was rather simple, we had a simple breakfast at bouchon bakery, some muffins,
scones, and coffee, just great light breakfast items. We then headed over to get
some tacos from another hole in the wall, dirt cheap and I thought ok tacos not
great. Still the feel and the company was great. Me and the boys were way tired
at this point and decided to head home, all though the trip was great filled with
tons of incredible food.